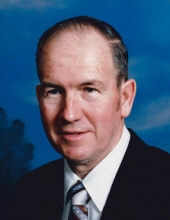 Byron Dinsmore Bratton, 86, of Powhatan, passed away peacefully on January 18, 2019, from a long and hard fought battle with Parkinson’s Disease. He is survived by his wife, Mureen Bratton; daughter, Terry Tatar (George) of Lancaster Pa.;son, Teno Bratton (Cindy) of Powhatan; grandchildren, Megan, Robby, Hannah and Laura; great-grandchildren, Cameron and Nathalie. He joins his mother, Irene; father, Ulysses Bratton of Hematite; and brothers, Dale, Jerry and Barlan in the Lords hands. He is survived by brothers, Boyd, Howard and Danny Bratton. Byron was a member of St. Luke’s Episcopal Church, a veteran of the Korean War, retired from Reynolds Metals after 27 years of service. He enjoyed helping others, working on cars, fishing and NASCAR. He was a man of few words but had a large heart. A memorial service will be held on February 3, 2019, at 2 p.m. at St. Luke’s Episcopal in Powhatan. The family would like to send their greatest appreciation to the staff and caregivers at Sitter and Barfoot Veterans Center and New Century Hospice for the exemplary care and kindness showed to Byron.
To order memorial trees or send flowers to the family in memory of Byron Dinsmore Bratton, please visit our flower store.