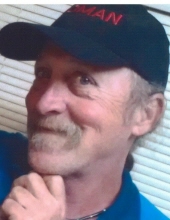 David "Wildman" Ownby, 58, of Powhatan, died Saturday May 21, 2016. He is survived by his fiancé, Tammey Church; two daughters, Sara Shaffer, Rachel Ownby both of Powhatan; step children, Richard Bingle, Christina Bingle, Jesse Bradley; his mother, Lois Taylor of Richmond; two sisters, Audrey Ownby, Janet Ownby; four grandchildren, Danielle, Duane, Lisa and Jenny. He was preceded in death by one brother, Michael Ownby. The family will receive friends Tuesday from 6 to 8pm in the Bennett & Barden Funeral Home, 3215 Anderson Hwy.(Rt.60), Powhatan and where services will be held at 11am Wednesday. Interment Powhatan Community Cemetery. Online condolences may be made at bennettbardenfh.com
To order memorial trees or send flowers to the family in memory of David "Wildman" Ownby, please visit our flower store.