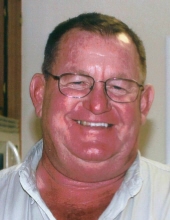 HUTCHISON,
Dennis Wayne, 67, of Powhatan, passed away Saturday, April 21, 2018. Born February 13, 1951 in Augusta county, he was the son of the late Garland "Pete" Hutchison, Sr. and the late Marlene (Newman) Hutchison. He retired from F.G. Pruitt, Inc. of Richmond in 2012 where he was a pipe foreman. Dennis is survived by the love of his life, Judy, his wife of 45 years. He was preceded in death by his brother, G.M. Hutchison, Jr., and is survived by one brother and two sisters. Denny, or "Hutch" as he was known by his friends was a true car (Ford) enthusiast and member of the Virginia Falcon Club. A viewing will be held Wednesday April 25, 2018 from 11am to 12pm in the Bennett & Barden Funeral Home, 3215 Anderson Hwy (RT 60) Powhatan, followed by A graveside service, 1pm in the Powhatan Community Cemetery. A celebration/reception of his life will be held at 2pm in the Powhatan Community Church 4480 Anderson Hwy, Powhatan. In lieu of flowers donations may be made to the Prevent Cancer Foundation, 1600 Duke St., Alexandria, VA. 22314. Online condolences may be made at bennettbardenfh.com.
To order memorial trees or send flowers to the family in memory of Dennis Wayne Hutchison, please visit our flower store.