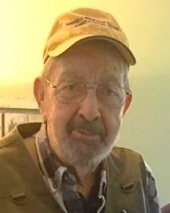 Age 76, of Powhatan, died July 24, 2015. He is survived by his wife, Judy; sons, Tony Gordon (Amy), Ricky Gordon (Geneva); daughters, Laura Hayward (Rick), Donna Lodge (James McNeal); devoted and loving sister, Lula Hair; ten grandchildren and a host of special nieces, nephews, and friends that have been there to help him and his family over the last couple of years while he was sick. He was preceded in death by his father, Henry; stepmother, Thelma and brother Leonard. The family would like to thank the staff at Midlothian DaVita Dialysis and the doctors and nurses at both Johnston-Willis hospital and the Thomas Johns location of the Virginia Cancer Institute. Over the years, he worked for Giant Food, Richmond Gravure, International Paper, Vissco Janitorial, and Henry's Market. A celebration of life service will be held Thursday August 6, 2015 at 6pm followed with a visitation from 6:30 - 8pm in the Bennett & Barden Funeral Home 3215 Anderson Hwy.(Rt.60), Powhatan. In lieu of flowers donations may be made to the Powhatan Volunteer Rescue Squad P.O. Box 247 Powhatan, Va. 23139 or a charity of your choice. Online condolences may be made at bennettbardenfh.com

To order memorial trees or send flowers to the family in memory of Harold E. "Buck" Gordon, please visit our flower store.