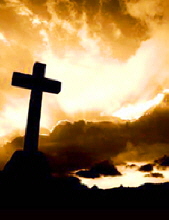 Henrietta (Yette) Ramaker Te Paske passed away on December 1, 2018, at the home of her
daughter Juliana Te Paske, in Powhatan, VA. Yette was born on December 17, 1921, to Henry and Grace Ramaker. She spent her childhood on the East View Stock Farm outside of SiouxCenter, IA. Her family moved into town in 1934, and Yette attended Sioux Center High School, graduating in 1938. She attended Northwestern Junior College before transferring to Iowa State Teacher’s College (now UNI), where she earned her BA degree in English and theatre in 1942. During Yette’s senior year at UNI, she was engaged to marry Adelphos (Del) Te Paske. Del left later that year to serve in WWII. Yette taught high school English and drama for a year in Applington, IA, then for a year in Sioux Center. She moved to Oakland, CA, for the summer and fall of 1944 to work in a defense plant in support of the U.S. WWII war effort.

Yette married Del, the love of her life, on April 6, 1945, while Del was back in the U.S. to attend the U.S. Army Staff and Command School. After Command School, Del returned to the South Pacific until the end of the war. They were reunited in September 1945.

With the end of the war, life awaited. Del was interested in pursuing a career in the Foreign
Service, and Yette was excited and fully supportive of this goal. Del applied and was accepted
as a Foreign Service officer. Del and Yette were blessed with the birth of their daughter, Juliana, in February 1946. Soon after, Del was sent to Stuttgart, Germany, to begin work in the Foreign Service. Yette and Juliana joined Del in Stuttgart in July 1946. In February 1949, son Judson was born. The family stayed in Germany until 1951, when Del was assigned to Mexico City, Mexico, and the family moved to fulfill the new assignment.

Family, church, community, friends, love of travel and love of nature united Yette and Del and
their family. Yette valued service to others, the importance of education, and pride in community
and country. She was a consummate hostess; a wonderful mother, grandmother and great
grandmother; an enthusiastic cook; a loyal friend; a bird lover; and an avid gardener.
A woman who acknowledged her wonderful life, she lived with integrity and a sense of humor.

A service in celebration of the life of Yette Te Paske will be held in Sioux Center in April 2019.
Any memorials may be made to the American Red Cross.
To order memorial trees or send flowers to the family in memory of Henrietta "Yette" Ramaker Te Paske, please visit our flower store.