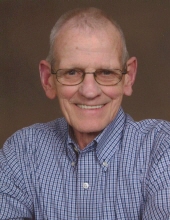 James A. "Jim" Barr, 75, of Powhatan, went to be with the Lord, February 17, 2016. He is survived by his wife of 54 years, Janet Johnson Barr; three children, Steven Barr (Myrna), Lori Lambert, Scott Barr all of Powhatan; two brothers, Eugene Barr of North Carolina, Gary Barr of Connecticut; six grandchildren, Dylan, Katelyn, Christopher, Dalton, Evan and Nathan. The family will receive friends Friday from 6 to 8pm in the Bennett & Barden Funeral Home, 3215 Anderson Hwy.(Rt.60), Powhatan. Graveside services will be held 2pm Saturday in the Powhatan Community Cemetery.
To order memorial trees or send flowers to the family in memory of James A. "Jim" Barr, please visit our flower store.