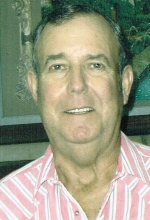 passed away on June 10, 2014 in Diamond, MO at the age of 67, after a lengthy battle with cancer. Madison was born at St. Luke's Hospital in Richmond, Virginia, April 23, 1947 to parents, Julian Melvin Whitlock and Evelyn Maxey Whitlock. He graduated from Huguenot Academy in 1966 and enlisted in the United States Army where he served in the 20th Engineer Brigade. He went to boot camp in Ft. Bragg, North Carolina. He left the Richmond airport on Easter Sunday, 1967 to serve in Bien Hoa, Vietnam where he worked as a mechanic from May 23, 1967 to January 26, 1968. He was honorably discharged from the Army as an E4 in October, 1968. Professionally, Madison worked as a mechanic, a local truck driver, a master carpenter, a building superintendent and owned his own Angus cow/calf operation. He retired due to health issues in 2007. His carpentry was amazing and even in retirement; he would load up his tools and create masterpieces for family members. His attention to detail and the pride he took in his work were unparalleled. Madison welcomed his son, Julian Madison Whitlock at St. Mary's Hospital in Richmond, Virginia on Sept. 1, 1976. He married Diane Atwood in Powhatan, Virginia on November 3, 1990. In 1994, Madison and Diane moved to Diamond, Missouri where they started the Whitlock Angus Farm and where they raised the highest quality beef. Madison had a contagious smile and love of laughter. He had a great sense of humor, a warm heart and quiet demeanor and was known for the thoughtfulness and the twinkle he had in his eye as well as his voracious appetite. He loved food, so he was easy to please with cooking or choosing a restaurant. He was a Christian and a member of the Diamond Methodist Church. He loved spending time with family, carpentry, traveling, fishing and being outdoors. He considered member of the Carpenters Local Union 311 as his own family. He loved hunting so much that he spent the first week of deer season at the Appomattox Hunt Club where he was a member. He is preceded in death by his father, Julian Melvin Whitlock. Madison is survived by his wife, Diane; son, Matt (Julian); Mother, Evelyn; brother, Melvin Maxey (Max) Whitlock and his wife, Angela; brother, Richard Brackett (Dick) Whitlock and his wife, Teresa and many nieces, nephews and friends.

To order memorial trees or send flowers to the family in memory of James Madison Whitlock, please visit our flower store.