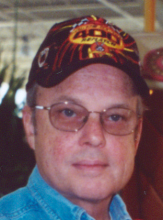 67 of Powhatan, died October 24, 2014. He is survived by his wife Joan E. Williams; son Jason T. Williams his wife Meredith and two grandchildren Jacob T. and Abigail E. Williams all of Powhatan. The family will receive friends Tuesday from 12pm (noon) to 1pm in the Bennett & Barden Funeral Home 3215 Anderson Hwy ( RT 60) Powhatan, and where services will be held at 1pm. Interment Amelia Veterans Cemetery.

To order memorial trees or send flowers to the family in memory of Jerry Thomas Williams, please visit our flower store.