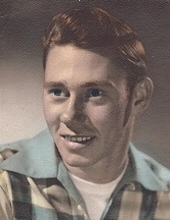 John "JB" Osborne, 84, of North Chesterfield, passed away December 20, 2017 surrounded by his loving family. He is preceded in death by five brothers, one sister, a precious great grandson, Carson Michael Ramsey and Grandson in law, Keith Ramsey. He is survived by his devoted and loving wife of 62 years Shirley K. Osborne; daughters, Katherine O. Scholz ( Mike), Kimberly O. Bankert (Ronnie); son, John K. Osborne (Stacie); one brother, Earl Osborne; grandchildren, Kristen Middleton (Ryan), Andrea Oliver (Mike), Keith Newman (Debbie), Jason Newman (Chessie), Jaegan Osborne and nine great grandchildren. J.B. retired from Gesmar Corp. with a second retirement from Ukrops/Martins. He was a passionate and determined person who enjoyed golfing, fishing, wood working (he was very good at all of them) and many family vacations in Nags Head. We can't leave out that he was strong as an ox and stubborn as a mule. The family will receive friends Friday, December 22, 2017 from 2 to 4 pm in the Bennett & Barden Funeral Home, 3215 Anderson Hwy. (Rt. 60), Powhatan, and where the funeral service will be held on Saturday, December 23, at 11:00 am. Interment following the service in Powhatan Community Cemetery.
To order memorial trees or send flowers to the family in memory of John "JB" Boyd Osborne, please visit our flower store.