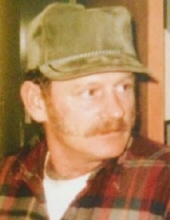 Joseph Bruce Baker "Joe", 76, of Powhatan, passed away on April 3, 2017. He was preceded in death by his parents, Dorothy and Sherman Lincus of Pound, Va; brothers, Norman, Otis; sisters, Elma, Brenda; son, Joseph Brian "BB" and grand daughter Heather. He is survived his loving wife of 55 years, Elva; children, Pam, Randy; siblings, Bob, James, Arnold(Ann), Carol(Bruce); grandchildren, Kimberly, Monica, Randy, Jr., Cayley, Isaac Lincus; great grandchildren; Elizabeth and Madelynn. The family will receive friends at Bennett & Barden Funeral Home, 3215 Anderson Hwy.(Rt.60), Powhatan on Thursday April 6, 2017 from 6 to 8pm, and where services will be held friday at 2pm. Interment Dale Memorial Park. Joe was retired as a Forman of Bass Construction and of the Baptist faith. He grew up in the Appalachian Mountains of south west Va. on Bold Camp in Bowser Hollow and then moved to Richmond after graduating from Pound High School. Joe then resided for more than 36 years the remainder of this life in Powhatan. Online condolences may be made at bennettbardenfh.com
To order memorial trees or send flowers to the family in memory of Joseph Bruce Baker, please visit our flower store.