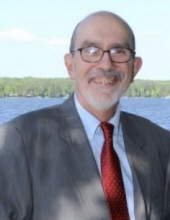 Kenneth Lynwood Tiller, age 68, of Midlothian, Virginia, went to be with the Lord on Friday, December 11, 2020. He was preceded in death by his parents William Thomas Tiller and Mary Arlene Kurtz and stepfather Richard Wilson Kurtz, his sister Patsy Neisz, and his brothers Harry and William Tiller. He is survived by the love of his life, his wife, Deborah Latham Tiller, his loving children, Matthew Stephen Tiller (Lauren), and Victoria Tiller Shipp (Brandon), and the greatest joys of his life his grandsons, Cole Maddox Tiller and Carson Wyatt Tiller. He was a graduate of J. R. Tucker High School and J. Sargeant Reynolds Community College. He was a veteran of the United States Air Force and was stationed in Alaska. He retired from SunTrust Bank after 40 years of dedicated service as an ATM Network Analyst. He was a major part of his children’s athletic events, which included Randolph-Macon College Baseball. He was an avid Washington Redskins football fan. We appreciate all the love, care, and support that the VCU/MCV Bone Marrow Transplant Unit provided to him. In lieu of flowers, donations can be made to the VCU/MCV Bone Marrow Transplant Unit at North Hospital, 10th Floor, 1300 East Marshall Street, Box 980157, Richmond, Virginia 23298-0157. SERVICES TO BE ANNOUNCED AT A LATER DATE.
To order memorial trees or send flowers to the family in memory of Kenneth Lynwood Tiller, please visit our flower store.