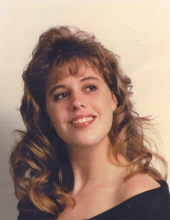 Maggie Meade Hague, 43, of Powhatan, went to be with the Lord September 27, 2018. She is survived by her husband, Jamie Hague; one daughter, Haley Hague; one son, Ryan Hague both of Powhatan; her parents, Michael and Brenda Meade of Goochland; one sister, Julia Lipscomb (Mike) of Glen Allen; one brother, Michael Meade of Goochland; paternal grandfather, Sydney Meade of Richmond; father and mother-in-law, Robert and Wanda Powers of Powhatan; brothers-in-law, Robbie, Ricky and several nephews. The family will receive friends Monday from 6 to 8 p.m. in the Bennett & Barden Funeral Home, 3215 Anderson Hwy.(Rt.60), Powhatan. and where services will be held Tuesday 2 p.m. Interment private. Online condolences may be made at bennettbardenfh.com.
To order memorial trees or send flowers to the family in memory of Maggie Faye Hague, please visit our flower store.