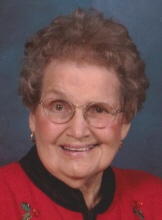 Ruth Nicholls Heath, 91, of Powhatan, widow of Maxwell Allen Heath, daughter of the late Earnest and Bernice Nicholls, passed away with her family at her side January 8, 2013. She is survived by her daughter, Carolyn Page Johnson and her husband John; two grandchildren, Jennifer J. Daly, Christopher Heath Johnson; one great granddaughter, Morgan Daly; three sisters, Mary Ann Hubbard (Franklin), Jane Jones, Nancy Alexander (Ed); two brothers, Charles Nicholls (Edna), Roy Nicholls; many nieces, nephews and family members. She was preceded in death by three brothers, Alvin Nicholls, Lewis Nicholls and Kenneth Nicholls. Ruth had many cherished friends including co-workers, church members, garden club members, fellow treasurers of Virginia and neighbors. Mrs. Heath served 50 years in the Powhatan treasurer's office, 24 of which she served as Powhatan treasurer. She was generous in her praise of those who worked under her direction. She will dearly be remembered for her spirit of love, generosity, humor and love of giving. Ruth leaves behind a legacy of inspiration, love and joy to her devoted family and friends. The family will receive friends Thursday from 6 to 8pm at the Bennett & Barden Funeral Home, 3215 Anderson Hwy.(Rte.60), Powhatan. Funeral services will be held Friday at 11am in the Providence Presbyterian Church, Powhatan. Interment Powhatan Community Cemetery. In lieu of flowers contributions may be made to Powhatan Rescue Squad or Providence Presbyterian Church Cemetery Fund. The family wishes to express a special thanks to Ruth's care givers Lacy Chambers and her family Andy and Courtney, also Lucie Buchanan and Myrtle Smiley.

To order memorial trees or send flowers to the family in memory of Ruth Nicholls Heath, please visit our flower store.