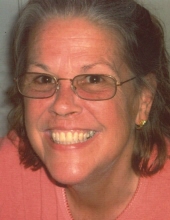 63, of Chesterfield, passed away on January 01, 2016. She is survived by her son, Johnathan Jennings (Ashley) of Goochland and daughter, Erin Sumner (Danielle) of Chesterfield; brother, Jock Freese of Virginia Beach; sister, Marj Steinke of Lynchburg; two grandchildren, Grace and Dylan Jennings. A memorial service will be held Saturday, January 9, 2016 at 2:00 p.m. in the Bennett & Barden Funeral Home Chapel, 3215 Anderson Highway, (Rt. 60) Powhatan.