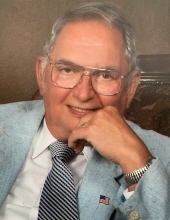 Thomas Gerald Behm, 84 of Powhatan, Virginia, passed away January 17, 2020. He was born and grew up in Libertyville, Illinois and lived in nearby Grayslake until he retired from cabinet making in 1998 and moved to Powhatan, VA. He was a life member of the United Brotherhood of Carpenters & Joiners of America since 1953. Tom was inducted into the Army in January 1958 and was honorably discharged in December of 1963. Tom also received the Cold War Recognition Certificate. He was a member of the Emmaus Christian Church, Chapter 2265 of the National Association for Active and Retired Federal Employees, Circle Eight Square Dance Club of Richmond, Mill Quarter Property Owners Association, Loyal order of Moose Lodge #699 in Richmond, Chapter Member of the Elizabeth Randolph Lewis YMCA in Powhatan, and World War II Roundtable. Tom was a volunteer for Meals on Wheels from 2001 to 2018. Tom loved to camp and travel, sleeping in all 50 states and visiting 22 countries. Tom had quite a collection of tools, working in his garage and shed daily. He is survived by his wife Bonnie Lorraine Behm of 62 years, daughter; Debbie L. B. Pakaluk and one son Michael T. Behm; In Lieu of flowers, contributions may be made to Alzheimer Research in care of NARFE, Chapter 2265. A Memorial Service will be held on Saturday January 25th at 11:00 am at Emmaus Christian Church, 2801 Huguenot Trail, Powhatan, Virginia 23139.
To order memorial trees or send flowers to the family in memory of Thomas Gerald Behm, please visit our flower store.