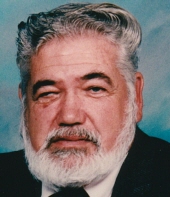 74, of Powhatan died April 24, 2015. He was preceded in death by his wife Betty and son Albert L. Hoover Jr.. He is survived by his children James R. Hoover, Cindy Lambert, John Hoover all of Powhatan; brothers Delbert, Bobby, Alan; grandchildren Mark, Ronnie, Mikayla, Grace; great-grandchildren Kayleigh and Hayden. The family will receive friends from 6 to 8pm Tuesday at the Bennett & Barden Funeral Home 3215 Anderson hwy (rt 60) Powhatan. A Graveside service will be held Wednesday 2pm in the Powhatan Community Cemetery. Online condolences can be made at bennettbardenfh.com.

To order memorial trees or send flowers to the family in memory of Albert L. Hoover Sr, please visit our flower store.