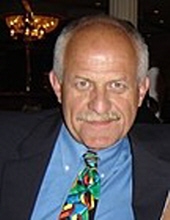 Anthony "Pete" Tucker, III, 65, passed away suddenly on Wednesday, November 24, 2021. He is survived by his wife of 41 years, Peggy Tucker; two daughters, Amber Towler (Matt), Alison Kent (R. K.) and a son, Alex Higuchi (Claire). He also had two grandchildren who were the joy of his life, Charly Paige Towler and Lee Tucker Kent. He also had two sisters, Pat Chafin and Pam Edwards.
He was born in Lynchburg, VA to Anthony P. Tucker, Jr and Edith who both proceeded him in death. He was raised in Midlothian all of his life and loved the small-town benefit of staying connected to so many longtime friends. He recently retired as a general contractor.
He was known for his great sense of humor, quick wit and could always find a way to make people laugh. Pete went out of his way on so many occasions to help those in need who would cross his path and he had a knack for seeing an opportunity and not hesitating to do whatever he could. Anyone who knew Pete would say that he had a caring heart and a listening ear.
Pete was very passionate about children who came into his and Peggy's home through Virginia Emergency Families for Children and he had remained in contact with several afterwards.
He was very involved in the Richmond Emmaus Community and Pete would say one of the best things that came from that was his men's prayer group, "The Saturday Nine." They all shared a very special bond of friendship that grew out of their love of the Lord.
Camping in their RV was one of Pete's favorite pastimes with his wife, kids, the grands and besties.
The family will receive friends on Tuesday, November 30, 2021, 5 to 7 PM at Bennett & Barden Funeral Home, 3215 Anderson Highway (Rt. 60), Powhatan. Funeral service will be held on Wednesday, December 1, 2021 at 10:00 AM at the Midlothian Campus of Passion Community Church located at 50 Old Otterdale Road in Midlothian.
In lieu of flowers, contributions can be made to Richmond Emmaus and sent to P O. Box 1717, Midlothian, VA 23113.
To order memorial trees or send flowers to the family in memory of Anthony "Pete" Tucker, III, please visit our flower store.