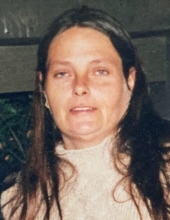 Bessie V. Bess, 62, of Powhatan, went to be with the Lord, December 14, 2019. She is survived by two daughters, Misty Berry (Alphonso) of Powhatan, Ginnie Bess of Rustburg; brother, William Johnson,II; sister, Penny McNeil; seven grandchildren and two great grandchildren. A memorial service will be held Thursday at 2 p.m. in the Bennett & Barden Funeral Home, 3215 Anderson Hwy.(Rt.60), Powhatan. In lieu of flowers contributions may be made to Bennett & Barden Funeral Home, P.O.Box 245 Powhatan, Va. 23139, to help with Bessie funeral expenses.
To order memorial trees or send flowers to the family in memory of Bessie Virginia Bess, please visit our flower store.