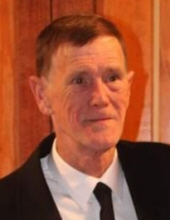 Charles Elliott Hildebrand, 67, of Powhatan, went to be with the Lord on September 17th 2020 at St Mary's Hospital. He was preceded in death by his Mother Hallie Creed Fair and his Father Roy Herbert Hildebrand. Charles is Survived by his Wife of 36 years, Terry L Hildebrand, two daughters Catherine M Dewell (Bryan), Melinda L. Crotts (Stephen) one son, Charles Hildbrand Jr., and his Sister Linda H. Southworth. He was blessed with and loved dearly by 12 Grandchildren and 3 Great Grandchildren.
Charles spent his happiest moments fishing in the Lakes and Streams around Powhatan County. When he wasn't fishing then you would probably find him in a hunting stand preparing his next grand story about the big buck that got away.
The family will receive friends Monday September 21, 2020, from 6pm to 8pm in the Bennett & Barden Funeral Home 3215 Anderson Hwy (rt 60) Powhatan, Virginia 23139. Were services will be held Tuesday 2pm. Interment private.
To order memorial trees or send flowers to the family in memory of Charles Elliot Hildebrand, please visit our flower store.