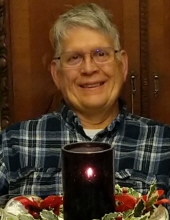 Charles “Chuck” Nicholas Schirra, born on July 12, 1949, died peacefully in the arms of his wife on September 4, 2022. He was preceded in death by: his parents, Francis Raymond and Marie Henrietta Schirra; his brother, Francis Raymond Schirra Jr.; and his sister Rebecca Marie Bottoms. Chuck placed service to others above all things in his professional and personal life. This service to others was done in every spare moment with utmost humility. His family is learning this as they hear stories from those he helped as they offer their condolences. Truly the only thanks Chuck ever needed was knowing that his friends and neighbors were taken care of.

Senior Chief Petty Officer (Ret.) Schirra proudly served in the United States Navy for 26 years and received the Navy Marine Corps Medal for Heroism early in his career. He continued his passion for service by obtaining a Master’s Degree in Technology Education and taught inner-city children. When he was unable to continue to do so, Chuck pursued his father’s and his passion for bowling by working as first a bowling alley mechanic, then alley manager, and finally national level technical support for QubicaAMF. After his retirement he continued to find ways to assist in his local community personally and in larger organizations such as the Knights of Columbus, American Legion, and Veterans of Foreign Wars.

Chuck also cared deeply about his faith. He served as an Altar Boy and a Eucharistic Minister until he died, and later in life became on Oblate of St. Benedict. While in the Navy his chaplain called him “his little deacon.” He often spent time bringing the Most Holy Eucharist to the sick and invalids in the community to ensure everyone who wanted to receive the Blessed Sacrament weekly could. On a personal level, he cultivated prayer in his family through daily Rosaries and always blessed them before they went to bed or left the home with a simple, “God Bless and Protect You.”

Funeral services will be at St. John Neumann Catholic Church in Powhatan, VA. The family will receive friends on Friday, September 16th, from 6-7 p.m. followed by a Vigil Service (Wake). The Funeral Mass will be on Saturday, September 17th, at 11 a.m. with a Rosary prayed beforehand at 10 a.m. The Rite of Committal (Internment) will be in the St. John Neumann Catholic Church’s columbarium on October 8th at 11 a.m.

To order memorial trees or send flowers to the family in memory of Charles Nicholas Schirra, please visit our flower store.