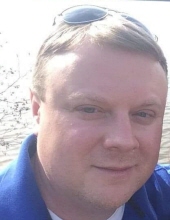 McIndoe, Christopher John passed away In his home in Powhatan during the morning hours of September 30th at the age of 41. He was born on October 24, 1980. He is survived by his loving mother Judy Walker Bloomquest, his father Earl McIndoe, his sister Katherine McIndoe and her daughter (Christophers niece) Kiersten Thompson. Christopher has two wonderful sons, Brendan (19) and Logan (16) who were his pride and joy. It is important to note that much of the success of these two boys has come from years of efforts of their mother, Leslie McIndoe and her mother Shelly McWilliams who between them helped raise these boys into young men. He will also be greatly missed by his fiancé" Jeanette Crabtree. Even through his life's struggles, we should all remember his exceptional sense of humor that always seemed to push through. He could easily make others laugh which was a great talent and will be remembered by his friends and family above all else. A memory of life service will be held on Wednesday October 13th at 3PM at Bennett and Barden Funeral Home, 3215 Anderson Highway in Powhatan VA 23139. In lieu of flowers, any contributions may be made to the Lake Country SPCA, 11764 US-15, Clarksville, VA 23937. Condolences may be made to bennettbardenfh.com.
To order memorial trees or send flowers to the family in memory of Christopher John McIndoe, please visit our flower store.