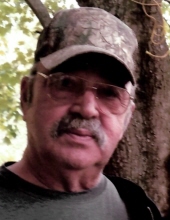 Danny E. Powers, 71 of Cumberland, son of the late Earl and Elva Jane Powers, went to be with his Lord and Savior, September 16, 2019. He is survived by his wife, Janet M. Powers; one daughter, Michelle Kleis of Powhatan; four step-children, Ronnie, Angela, Michelle, Ashley; three granddaughters, Katelyn, Hailey, Kelly; four great grandchildren, Hunter, Gage, Macie, Jordan; twelve step-grandchildren and several close cousins. Danny was a retired Corrections Officer for the Va. Dept. of Corrections after 30 years of service, after retiring he started Stony Point Taxidermy. He was an avid sportsman. The family will receive friends Friday from 10 to 11 a.m. in the Hatcher Baptist Church, Dillwyn followed by a funeral service at 11 a.m. Interment Jones Chapel Baptist Church Cemetery. Online condolences may be made at bennettbardenfh.com
To order memorial trees or send flowers to the family in memory of Danny Edward Powers, please visit our flower store.