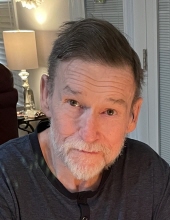 Dwight Clark Keatts, 74, peacefully passed away in his home in Midlothian, VA on Wednesday, August 17, 2022 after a courageous battle with cancer.

He was born on October 4, 1947 in Rockingham County, NC to Charlie and Dorothy Keatts. As a longtime resident of Hampton, VA, he graduated from Kecoughtan High School in 1966 prior to entering the United States Army. Dwight faithfully served his country as a Combat Medic in Vietnam during 1968 in the 9th Infantry Division HSB 1st Battalion 11th Field Artillery Regiment earning numerous commendations including the Combat Medic Badge, General Conduct Medal, and Army Commendation Medal.

Upon returning home, he completed a five year apprenticeship with Plumbing/Pipefitting Local Union 540. After many years in the field mastering his trade, he was elected as Business Manager of Local Union 540 from 1986-1995. Dwight also worked as an Estimator/Superintendent with Energy Services Group, a Contractor with Atlantico, and as Organizer of Local Union 110 prior to his early retirement in 2003.

For many years, you would find Dwight in his garage with a tool in his hand fulfilling his passion of refurbishing classic cars. He was a self-taught mechanic, welder, and carpenter. Always humble with his craft, he never truly realized the impact that he had on others. Dwight’s silent leadership and faith were modeled through his actions and if you were lucky to be engaged in conversation with him, you were surrounded by his realistic wisdom, wit, and kindness. Spending time with his family brought him great joy.

Dwight was most known for his role as a devoted husband, daddy, and grampa. He is lovingly survived by his wife, Peggy, of 52 years, three daughters, Julie Sprouse (Barry), Karen Dubiel (Jeff), Laura Price (Jeremy), six grandchildren, Kristyn (Charlie), Kailyn, Mollee, Christian, Will, Ethan, and his cat, Lexi. Dwight’s siblings, Charlene, Tim, Charlie, and Mark and many other family members and friends will greatly miss him.

Although Dwight received a terminal diagnosis of mesothelioma in October 2020, he tackled it head on with inner strength and hope. He defied many odds due to the nurturing care from his dedicated wife, Peggy, his expansive medical team at the Hunter Holmes McGuire VA Hospital, and his prayer warriors that extended far and wide. It was an honor to witness him thank each member of his medical team that ultimately helped him live with mesothelioma.

A memorial service to celebrate and honor Dwight will be held on Monday, August 29, 2022 at 11:00 a.m. at Bethel Baptist Church in Midlothian, VA. The family will receive friends prior to the service at 10:00 a.m.

In lieu of flowers, the family requests that contributions be made in memory of Dwight to the ASPCA or St. Jude Children’s Research Hospital. Please visit https://www.bennettbardenfh.com to share memories or words of condolence with the family.

To order memorial trees or send flowers to the family in memory of Dwight Clark Keatts, please visit our flower store.