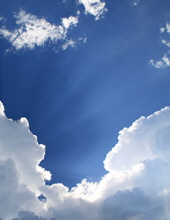 Herman Russell Newcomb Sr., born May 10, 1953, died August 11, 2021. He is survived by his son Herman, Jr., his daughter-in-law Johnnie and granddaughters Madison and Chloe; and his daughter “baby girl” Tammy, son-in-law Simon and grandpups Marshmallow and Blossom. He was the son of the late William H. Newcomb Sr. and Gertie Jean Comer Newcomb; brother of the late William Jr.; surviving brother Terry; and sisters Dorothy, Ruby, Oleta, Janet, Bobbie Jo. Affectionately known by his family as Papa and Daddy, Herman always captivated people with humor and genuine interest in their lives, often times breaking social norms to crack a smile from strangers. He loved football, coffee, conversation, and above all, family. He never missed an opportunity to celebrate his grandchildren’s and children’s birthdays, ask someone about their day, or offer a shoulder to lean on. While his departure from this plane is tragic to everyone he touched in life, the world’s greatest Dad will always be nearby with his signature white T-shirt, a worn Dallas Cowboys hat, and a bright smile. The family will receive close friends and family of Herman between 10:00AM-2:00PM on Friday, August 20, 2021 at Bennett & Barden Funeral Home, 3215 Anderson Highway, Powhatan, VA. The family asks instead of sending gifts or flowers, they are encouraged to make a memorial donation in his name to the American Heart Association.
To order memorial trees or send flowers to the family in memory of Herman Russell Newcomb, Sr., please visit our flower store.