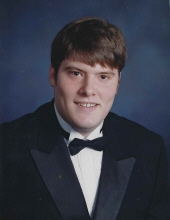 Jake was born in Richmond, VA on November 8, 1981 to Gary and Deborah Zebrowski. Jake graduated Salutatorian from Powhatan High School in 2000 and went on to graduate from The University of Virginia in 2004, where he double majored in English and History.

Jake was a bright personality and a cherished son, brother, and friend. Jake was an avid reader, chef, sports fan, and will be remembered for his sense of humor and wit. Jake was a man of few words, but when he spoke he brought smiles, joy, and laughter to those around him. He had perfect comedic timing in knowing not only when to say something, but how to say it. He had impeccable delivery with all of his stories, jokes, and one liners. Jake will live on in the hearts and minds of his family and friends.

A celebration of life will be scheduled for a later date.

To order memorial trees or send flowers to the family in memory of Jake Leonard Zebrowski, please visit our flower store.