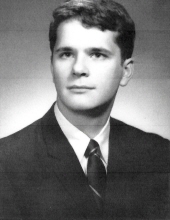 James Michael Hill, 75, of Powhatan, VA, passed away peacefully on May 4, 2021, after fighting a short illness. Jim was born November 20, 1945, at Scott AFB, IL, the son of Lt Col Alvin James Hill and Marilyn Rose Hill (née Fitzgibbons). Jim is survived by his loving wife of 53 years, Mary Margaret Hill (née Lumley), his three children, son, David James Hill (Valerie) of Australia, daughters, Alicia Anne Eisenbeiss of Lewisburg, WV, and Ashley Katherine Pospahala, and special son-in-law Stephen T. Pospahala of Richmond, VA. Jim loved his grandchildren and spent as much time as possible with his four grandchildren who
lived close to him, Mabel Rose Eisenbeiss and Emma Corinne Eisenbeiss of Lewisburg, WV,
and Jackson Wynn Pospahala and Piper Elizabeth Pospahala of Richmond, VA. He also leaves behind three grandchildren who live abroad, Ena, Alaina, and Matilda Hill of Australia.
Jim was a proud graduate of Rensselaer Polytechnic Institute in Troy, NY, with a Bachelor of
Science in Management, a Master of Science in Computer Science and a Master of Science in Statistics. After putting himself through college on an Air Force ROTC scholarship, Jim served four years as a Captain in the US Air Force in The Air Force Special Projects Production Facility, a top-secret facility at Westover AFB, MA. After being honorably discharged from the Air Force, Jim took a position in the Information Technology department at Philip Morris, USA. During his tenure at Philip Morris, Jim earned a Master of Business Administration from The University of Richmond, graduating in the inaugural
Executive MBA class from UR. In 1998, Jim retired from PM USA as the Director of Information Services, but stayed on as the "Y2K General" as the computer rollover to 2000 took place. Following retirement, Jim and Mary were able to enjoy traveling abroad and stateside, spending as much time as possible with their grandchildren and children, and building and living in their dream home in Powhatan, Va. A private memorial and burial service will be held only for family at Hollywood Cemetery. In lieu of flowers, donations can be made in memory of James Michael Hill to the American
Battlefield Trust, 1140 Professional Court, Hagerstown, MD, 21740 or by phone at
1.888.606.1400
To order memorial trees or send flowers to the family in memory of James Michael Hill, please visit our flower store.