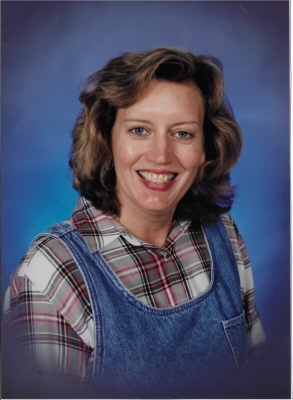 Janet Mason Mikionis of Powhatan, VA, transitioned peacefully from this life to the next on August 27th, 2022, while surrounded with love from her family. She was preceded in death by her parents, Edward Mason Perry and Eleanor Rae Jones Perry, and her brother, Jason. Janet will be lovingly remembered by her devoted husband, Ken; children: Kevin, Jessi (Christopher) and Brent (Brittney); grandchildren: Hadley, Beau, Cole, and Chase; her siblings: Susan, Dana, Lisa, and Matthew; as well as numerous other close relatives and friends.

Born and raised in Stafford County, VA, Janet spent as much of her childhood as possible outside helping her father in the garden, playing in the creeks, and riding her beloved pony, Sugarfoot. Janet was a natural beauty; however, her best attributes were her confidence and her strong will. She always stood up for herself and for others and cared deeply for her family and friends.

A graduate of Stafford County High School in 1974, she went on to study education at Mary Washington College and later transferred to Virginia Tech to earn her bachelor’s degree in education in 1978. She started her teaching career at Drew Middle School in Stafford County, VA and continued to teach elementary school in Westfield, NJ. When her children were young, she taught preschool at Salisbury Presbyterian and Mount Pisgah Methodist in Midlothian, VA. It is certain that she changed many children’s lives with her enthusiasm and creativity in the classroom.

While on summer break from teaching school, Janet met her husband, Ken. Ken and Janet shared a love of the outdoors and enjoyed hiking, camping, and playing recreational softball together. They were married on June 28, 1980, at Aquia Episcopal Church. They would share 42 wonderful years together, building a beautiful family along the way.

Janet’s greatest accomplishment in life were her three children, Kevin, Jessi, and Brent. Together, Janet and Ken instilled in their children kindness, strength, and most importantly, love. Janet always cherished the simple things in life and loved country living, horses, dogs, hummingbirds, sweet tea, and porch swinging. All her children will miss swinging on the porch swing with her, talking and laughing, while her horse “Snuffy” would be grazing in the pasture with her beloved dog “Mellie Mae” laying close by. Those were special moments and memories that will be cherished forever. She was also blessed to be “Meme” to four precious grandchildren. In her last few years on this earth, her grandchildren brought her the most joy.
Janet had a heart like a wildflower - beautiful, fierce, and free. She provided comfort to many while asking little in return. Although she left us too soon, those of us who were blessed to be touched by her understand that the imprint she left on our hearts lives on forever.

Janet loved all animals and in lieu of flowers, the family requests donations be made to Old Dominion Humane Society (https://www.olddominionhumanesociety.org/donate) or Lonesome Dove Equestrian Center (http://ldequestrian.com/donate/) .

To order memorial trees or send flowers to the family in memory of Janet Mason Mikionis, please visit our flower store.