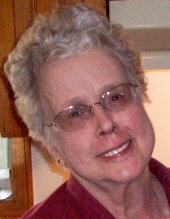 Juanita Dunn Sequin departed this life May 10, 2013. She was a beloved mother, grandmother, and great-grandmother. She had a gift of making people laugh, and she always thought of others before herself. She took pleasure in the simpler things in life, especially fishing, dancing, and cooking. She was preceded in death by her parents, B. Earl and Josie Dunn, her late husband, Don Sequin, and her son-in-law, Edgar Ray Samuel, Jr. She leaves behind her fianc�, Robert Bland, her children, Sharon S. Samuel of Powhatan, Brenda Lytton (Keith) of Aylett, Walter C. Shumaker (Tonja) of Richmond, and Richard T. Shumaker (Michele) of Riner. She also leaves a legacy of 8 grandchildren, Tiffany Miller, Missi Barker, Brandon Samuel, Logan and Madison Shumaker, Beckah, Kym and Drew Mullenbrock, and 3 great-grandchildren, Hunter and Hayley Barker and Chase Miller. She is also survived by her sisters and brothers, Carolyn Berry, Ann Hughson, Paschal B. (Sonny) Dunn, and Samuel E. Dunn, all of Richmond, and many other loving family members. The family wishes to thank her many friends and caregivers during her illness. A Memorial Service will be held at May Memorial Baptist Church, 3922 Old Buckingham Road, in Powhatan, VA on Tuesday, May 14 at 11:00 a.m. In lieu of flowers, donations may be made to the American Heart/Stroke Association or your favorite charity.


To order memorial trees or send flowers to the family in memory of Juanita Dunn Sequin, please visit our flower store.