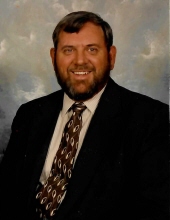 Maxwell Wheary Timberlake Jr., 75, passed away Monday May 23, 2022. Max was born November 18th 1946 in Montpelier, Virginia the oldest child of Maxwell Sr. and Anne Virginia Timberlake. The family moved around for a few years before eventually settling down in Powhatan. From an early age Max took an interest in farming and animal care. He was proud to drive the school bus his senior year of high school, and then graduated from Powhatan High School in 1965 where he was very active in the FFA. After high school Max joined the United States Army Signal Corps and served in Vietnam. Upon returning stateside he was stationed at Ft. Detrick, in Frederick, Maryland, where he met and married Kathleen Snoots-Blair. After leaving the service he began working for AT&T as a Project Supervisor where he was responsible for establishing and maintaining communications and received the Spirit of Service gold award for his work setting up communications after the 1982 tornado in Marion, Illinois. He retired from AT&T after 27 years or service. He was an active member of his community at the Libertytown Volunteer fire department as both an EMT and treasurer, a member and treasurer of the Johnsville United Methodist Church, and a member of the Frederick Jaycees. He raised 4 children then returned to Powhatan to care for his aging parents. He rejoined the family farm as a hay farmer, back to his true love. He was passionate about his service most recently to the Powhatan Farm Bureau and served as president. He was predeceased by his parents Anne Virginia and Max Sr., wife Kathleen, brother James, and son Darren Blair. He is survived by sister Betty Anne Russell (Jack), sister Virginia Merle Lawman (Glenn), and sister-in-law Gail, children: Karen Blair, Aimee Feaster, and Max Timberlake III (Jamie), grandchildren: Katelyn Pritchard (Siah), Daniel Feaster (Stephanie), Elijah Feaster, Damon Timberlake, and Emily Timberlake, great grandchildren: Autumn Feaster, Tatum Pritchard, and Wesley Pritchard, and a loving extended family of nieces, nephews, great nieces and nephews, and cousins. There will be a service at Powhatan United Methodist Church on Sunday, May 29th at 2pm. In lieu of flowers, donations can be made to Powhatan Farm Bureau Scholarship Fund, 3833 Old Buckingham Rd. Powhatan, VA. 23139.
To order memorial trees or send flowers to the family in memory of Maxwell Wheary Timberlake, Jr., please visit our flower store.