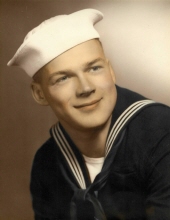 Paul Rudolph Lindsey,89, departed this life on May 8, 2022. Paul is survived by his wife Jackie of nearly 65 years. He leaves to cherish his memory his children, Mark Shaw Lindsey; Barbara DeFrancesco (Greg); Dr. Beth Torres (Bill); and Michael Paul Lindsey(Christina). He leaves 8 much-loved grandchildren: David Blankenship(Brandi); Kristopher Curtis(Courtney); Alexandra De Francesco; Madison Matherley(Jake); Scott Torres; Jessica DeFreeuw (Jonathan); Hunter Lindsey (Lauren) and Zachary Lindsey (Amy) and three great-grandchildren. Paul was preceded in death by his parents, his brothers Robert and Bennett Lindsey, and his sister Nan Lindsey English. Other survivors include sister¬in-law Carolyn Lindsey, and numerous nieces and nephews. A native of North Carolina, Paul entered the US Navy following graduation from high school, served 4 years active duty and was discharged as a proud Korean Veteran. Paul received his undergraduate degree at East Carolina College and his graduate degree at Virginia State University. He retired in 1988 after 30 years in public school education as a teacher in Henrico County and as Director of Vocational and Adult Education in Powhatan, Amelia and Nottoway counties. Paul had many interests and enjoyed line dancing, fishing, hunting, gardening, camping and traveling by land, sea, and air from the Arctic Circle to the Antarctic Circle, around the Horn of South America and across the Atlantic Ocean to Europe on numerous occasions as well as visiting all 50 of the United States of America. He was quite talented as evidenced by his woodworking projects, stained glass, and handmade jewelry. Visitation will be at the Bennett & Barden Funeral Home in Powhatan on Wednesday, May 11th from 2-4:00PM. Services will be held at May Memorial Baptist Church in Powhatan on Thursday, May 12th at 2:00 PM with interment in Powhatan Community Cemetery. In lieu of flowers, the family suggests that contributions be made to the Scholarship Fund of May Memorial Baptist Church, P. 0. Box 56, Powhatan, VA 23139. This fund was established by Paul and Jackie in 1993 to assist students with their college expenses. A member of May Memorial since 1976, Paul served faithfully as Sunday School teacher and superintendent, deacon, trustee, and on various committees during his years there.
Paul was a faithful follower of Jesus who ran his race well and has now entered into his heavenly reward.

To order memorial trees or send flowers to the family in memory of Paul Rudolph Lindsey, please visit our flower store.