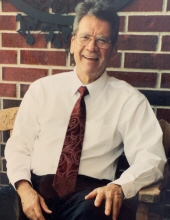 Peter Harold Ortell, Sr., age 82, of Powhatan, VA, passed away on August 20, 2022, of complications from a stroke. He was preceded in death by his parents, Harold and Marguerite Francisco Ortell. He is survived by his wife, Frances Hamlett Ortell; children: Dennis Moreno of Fonda, NY; Shayla Ortell (Lorne Ladner) of Centreville, VA; Erica Ortell (Brad Hibbert) of Portsmouth, RI; Peter H. Ortell, Jr. (Dana) of Chesapeake, VA; and grandchildren: Peter James, Ashleigh, and David Ortell, all of Chesapeake. He is also survived by a sister, Frances Steenburgh, of Florida.
Peter held a Bachelor of Science degree in Industrial Arts Education and a Master of Science in Technology Education, both from the State University of New York in Oswego. He taught in public schools in upstate New York for several years and worked in industry, manufacturing, and construction.
Services will be held at Bennett and Barden Funeral Home in Powhatan on Tuesday, August 23, starting at 1 p.m. with visitation, followed by a service at 2 p.m., concluding at Powhatan Community Cemetery.
To order memorial trees or send flowers to the family in memory of Peter Harold Ortell, please visit our flower store.