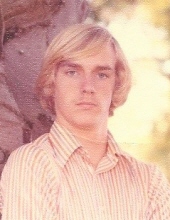 Pete Tierney was born in Chelsea Massachusetts on June 20th, 1957, to Fred and Claire (nee Gillespie) Tierney. Pete is predeceased by his parents and his brother Kenneth and sister Gwen (nee Tierney) Olson. Pete is survived by his children, Patrick, Kate Lachapelle, Ryan, and Pauline. He also has 9 grandchildren. Pete has three surviving sisters, Karen Madden of Plymouth Massachusetts, Gail Beatrice of Bridgewater Massachusetts and Patty Johnson of Powhatan, Virginia.
Pete was married to Laurie Newell of Saugus, then to the late Lillian Foley of East Boston. He is survived by his dear companion Cherie Courtier of San Diego.
Pete was a proud graduate of four fine schools, the Our Lady of Assumption in Chelsea (1971), Essex Agricultural and Technical High School in Hathorne (1975), Northeastern University (2000) and Simmons College (2004) both colleges are located in Boston.
As a teenager, Pete traveled to Ireland three times and loved every minute of it. Pete said he "used to be Irish" because he found out how American he was by being in Ireland.
Pete was a Registered Health Information Administrator (medical records specialist) as well as a program director/instructor at Bryan University in Tempe, Arizona. After his wife Lillian passed away Pete did some substitute teaching at a local high school.
Pete was active with his high school alumni, Essex Aggie Alumni Association. He served for a time as its President and editor of its biannual newsletter. Pete considered himself an amateur historian of the Aggie and its Alumni.
Pete wanted to be remembered as having a heart bigger than his head. While not a cat person, he did love all animals. Pete often said he was a poor kid from Chelsea, but in reality, he was very rich because of the women he loved, his family and his many lifelong friends.
If Pete had any last words, it would be from Story Corps, David Isay; "Thank you, I love you, I forgive you and please find it in your heart to forgive me of any of my transgressions against you."
Interment will be at San Tan Memorial Gardens in San Tan Valley, Arizona.

To order memorial trees or send flowers to the family in memory of Peter Joseph Tierney, please visit our flower store.