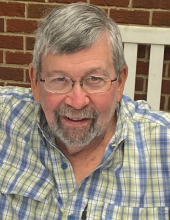 R. Patrick (Pat) Bowe, 77 of Buckingham County, born March 17, 1944 went home to be with the lord February 25, 2022. He is preceded in death by his parents, Robert E. & Dorothy P. Bowe. He is survived by his devoted and loving wife, Virginia K. Bowe;Children, Brian P. Bowe (Stephanie), Shea B. Crutchfield (Chip) and Clay T. Bowe (Peggy); granddaughters, Emily, Katie and Caroline Bowe, Bailey Gentry/Bowe and Aubree Bowe; grandsons, Trey and Spencer Crutchfield, Robert Trent and Clay Patrick Bowe; sister, Carolyn Cowardin (Lewie); as well as loving In-laws, nephews and nieces. Pat was a graduate of Benedictine H.S., Class of 1961 and Virginia Tech class of 1965. He was honorably discharged from the army in 1967. He had a successful career in Real Estate and Land Development. He was proud to serve on many committees for Buckingham County, most recently he served as Chairman of the Planning Commision. Pat was known as a true Outdoorsman, he had a deep love and respect for hunting and fishing, but most importantly his greatest love was for his family. Pat was a member of Salem United Methodist Church.
A service will be held Tuesday, March, 1 2022, at 11:00 AM in the Salem United Methodist Church, 2160 Caira rd. Cumberland Va. 23040. In lieu of flowers please make donations to Salem United Methodist Church. Online condolences may be made at bennettbardenfh.com
To order memorial trees or send flowers to the family in memory of R. Patrick (Pat) Bowe, please visit our flower store.