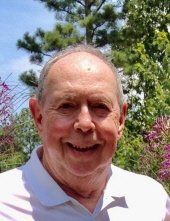 Raymond Hall Bottorf, 79 of Midlothian died on April 7th 2021. He was preceded in death by his parents, Charles Irvin Bottorf and Rhoda Swain Bottorf, his wife Margaret Evans Bottorf, his sister Nancy Bottorf and daughter Jennifer Swain Bottorf and brothers in law George McKinney and Robert Evans. He is survived by his daughter Jane Whittemore and her husband, Lance of Powhatan, VA. His sister, Sally McCaughrin and her husband Jim, nephew David McCaughrin and his wife Tierney and their children Kyle and Grant, niece Swain McCaughrin, niece Nancy Buzitsky and her husband Gabe and their Children Kayla, Cody, Mariah and Brianna. His sister in law, Mary Evans McKinney, his nephew Jeff McKinney and his wife Adrianne. Great niece, Katherine (Katie) Mckinney and her husband Joseph Boselovic and great nephew David L McKinney. His niece Kris Mckinney and her husband Ken White and grand Niece Hailey Vest. His niece Mary Evans and her husband Tom Cantone, great nephew Chris Alba-Cantone and his wife Elena, great niece Katie Cantone and niece Lynne Evans. Ray was born in New Bern, NC. He went to New Bern High School and attended East Carolina College where he met his wife of 53 years. He served in the army before beginning his career in commercial real estate. He had a long and well-respected career which began in Richmond, VA with Equitable Life Assurance Society in 1967. His career with Equitable took him to Miami, Baltimore, and eventually their home office in New York, where he was recruited by Bankers Trust to create their real estate capital markets group. He was involved in many international deals traveling the world - Europe, South America, Australia, Asia and the Middle east. He was renowned for his good business sense and more importantly for his generosity in sharing his knowledge and assistance with coworkers, partners, and counterparts alike and he was eventually recruited to be the President and sole director of the US arm of the Dutch pension fund, ABP, where the Wall Street Journal called him the "800 pound gorilla" of the US real estate investment trust marketplace. Ray later established and managed Global Real Estate Partners; an advisory service for Real Estate investors where his experience and keen business judgement was sought out by many prominent International Investment professionals. Ray lived in Katonah, NY for over 30 years where he raised and provided for his family where they enjoyed a country lifestyle. In 2008, he moved to Midlothian, VA to be closer to family. He was a devoted family man and 'best father and uncle anyone could hope for'. While he had an impressive career, he was not to be defined by his this. His accomplishments were, in fact, due to the things that truly made him great- his first thought on meeting someone was always to consider how he could help them, thank them for something, or make sure they were having as much fun as he was. He was a humble, kind man with a keen sense of humor. He loved good food and entertaining. He loved telling jokes and making people laugh. He had the best laugh. His mantra was "work hard (yet smart) and play hard". He loved posing a challenge or accepting one. He loved the game of golf as it was quality time with good friends. He enjoyed a good cigar and an adult beverage. He enjoyed using his private pilot's license to fly to lunch destinations. Ray made fast and loyal friends with everyone who had the privilege to know him. Ray is fondly remembered by everyone on his commuter trains, dog-walking loop, his regular lunchtime crew, and the people at the various seafood shops, wine departments, and hardware stores he frequented during his 79 years. The family would like to thank his caregivers Jessie Blizzard, Sunighter Shepperson, Debbie Gross and Terry Gilmore, Delores Short as well as others with Caring Hearts LLC, and the Heartland Hospice for their care and love during the last years of his life. Along with them, we offer our deep appreciation to the staff at the various restaurants and stores who showed him such love and compassion for years, allowing him to maintain freedom, dignity, and companionship for longer than might have otherwise been possible. We are awed and humbled by the love that Ray received, and we hope to pay that forward some day. An outdoor Interment ceremony will be held at Manakin Episcopal Church - 985 Huguenot Trail, Midlothian, VA an on April 21, 2021 at 11am, to be followed by an outdoor gathering at Deep Run Hunt Club in Manakin-Sabot VA. We ask that all attendees wear masks. In Lieu of flowers donations can be made to Alzheimer's Association www.alz.org
To order memorial trees or send flowers to the family in memory of Raymond Hall Bottorf, please visit our flower store.