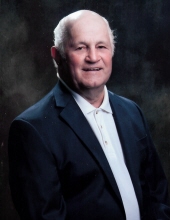 Richard J. Bryan, 84 of Powhatan, widower of Gerry Bryan, passed away October 11, 2020. He is survived by his step-daughter; Deborah Sands (Rob) of Powhatan; brothers, Donald Bryan of Alabama, Kenneth Bryan of Pennsylvania, David Bryan and Robert Bryan both of Powhatan. The family will receive friends Wednesday from 6 to 8 p.m. in the Bennett & Barden Funeral Home, 3215 Anderson Hwy.(Rt.60), Powhatan. Graveside services will be held Thursday at 2:00 p.m. in the Powhatan Community Cemetery.
To order memorial trees or send flowers to the family in memory of Richard J. Bryan, please visit our flower store.