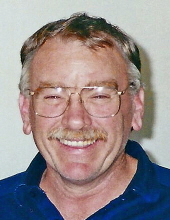 Richard "Rick" Burns, 77, of Powhatan, Virginia ended his seven year battle with cancer June 2, 2022. He is survived by his wife of 34 years, Mary Burns; also a wonderful and loving family including his brother, Al; sisters-in-law, Judy Burns and Lisa OBrion; and an extended family of loving nieces, nephews and grandnieces and nephews. Richard was a tour bus driver and his good and patient nature was frequently challenged but never broken. RIck was a surveyor for power lines and bridges and, at one time, volunteered with the Forest View and Powhatan Rescue Squads. He was a semi truck driver for Ukrops grocery stores and ended his truck driving career with Martins Grocery Stores in 2017. Richard's love of flying led to a private pilot's license and a glider pilot's license. On one flight he landed in a farmer's field, taxied to the farm house and asked directions to the local airport. He was like that, friendly and full of life and ready for the next adventure. He had a special talent working with wood. Rick's specialty was creating unique, one of a kind writing pens that he gave to family and his many friends. The family poodle, Kelly, was his second love. Kelly's energy and love sustained him. A celebration of Richard's life will be held on June 10, 2022, 1 p.m. at the Powhatan State Park Shelter #3, 4616 Powhatan State Park Road, Powhatan, Va. 23139.

No flowers please. Consider a contribution to any of the following:

To order memorial trees or send flowers to the family in memory of Richard "Rick" Burns, please visit our flower store.