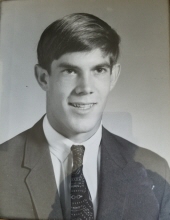 Hatcher, Robert F. (Bob) 71, passed away April 9, 2020, due to a tragic accident. Preceding him in death were his parents, Billy and Effie, and his brothers, J.O. and Gerry. He is survived by his sisters, Margaret and Mary Gayle (Richard) and his sister-in-law, Jackie. He is also survived by his nieces, Beth, Sara (Chris), Kris (Paul), his nephew, James (Laura), his great niece, Abby, and his great nephews, Grayson, Easton, Levi, and Bentley. Bob was a life-long resident of Powhatan County. He enjoyed football and played for the Powhatan Indians as well as Huguenot Academy. Following graduation, Bob proudly served in the U. S. Coast Guard. After his military service, Bob continued to show his patriotism with his membership in the American Legion. He became their stew master and helped to raise money for various causes. A generous man, Bob enjoyed gifting, even if it meant he would be denying himself of something he needed. A graveside service will be held August 1st at 11:00 AM in the Powhatan Community Cemetery.
To order memorial trees or send flowers to the family in memory of Robert Franklin Hatcher, please visit our flower store.