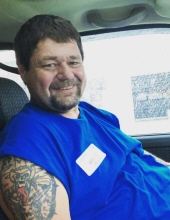 Scott Douglas Tillman, 48, of Cumberland, passed away in his home, Sunday, May 16, 2021. Scott was born October 11, 1972 in D.C. Scott was preceded in death by his father, David Tillman and son, Justin Tillman. He is survived by his "Little Girl" (daughter), Tiffany Tillman; mother, Barbara Berger (John); brother, Steven Tillman; sister, Alex Emery; numerous other family and friends. Scott was known for his amazing knowledge of mechanics and could fix "anything under the sun" as he would say. Scott's proudest joys in life were his "Little Girl" Tiffany and "His Boy" Justin, to whom he passed on his knowledge of trades to. The family will receive friends 5 PM to 7 PM Monday, May 24, 2021 at Bennet & Barden Funeral Home 3215 Anderson Hwy. His funeral service will be 1 PM Tuesday May 25 at Passion Community Church, 4480 Anderson Hwy.
To order memorial trees or send flowers to the family in memory of Scott Douglas Tillman, please visit our flower store.