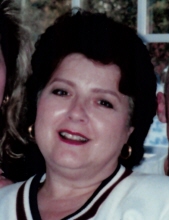 Shirley Graham Boelt, 73, a lifetime residence of Powhatan, went to be with the Lord, July 18, 2019. She was preceded in death by her parents, Edward Archer & Betty Graham. She is survived by her daughter, Serena Cofer Talley (Tray); her son, William M. Boelt, Jr.; her sister, Jean Lloyd all of Powhatan; three grandchildren, Joshua Boelt, Stone and Ryder Talley. Shirley was a graduate of VCU with a Bachelors Degree from the School of Business. She retired in 2015 after 42 years in banking serving in Human Resources for Central Fidelity and Central Virginia Banks. Served as Chairman for Powhatan’s Relay for Life. She was also a Team Captain for over 10 years raising over $250,000. She was a member of the Powhatan Garden Club for 20 years and served two 2 year terms as President as well as being Vice President, Treasurer and Chairing numerous committees, including Ways and Means. Shirley was on the original committee that founded and produced Powhatan’s Festival of the Grape that began in 2003. She chaired a group of five that raised $30,000 for the creation of Powhatan’s Elizabeth Lewis YMCA. Over the years, she has held many successful golf tournaments raising thousands of dollars for youth sports programs, cancer programs, and helping families with special needs. The most important part of her life was the Love and Care for her family. The family will receive friends Saturday from 6 to 8 p.m. in the Bennett & Barden Funeral Home, 3215 Anderson Hwy.(Rt.60), Powhatan. Services will be held Sunday at 2 p.m. in the May Memorial Baptist Church, Powhatan. Interment Old Powhatan Baptist Church Cemetery, Powhatan. Memorial contributions may be made to War Memorial Cultural Arts and Community Center, P.O.Box 686 Powhatan, Va. 23139. Online condolences may be made at bennettbardenfh.com
To order memorial trees or send flowers to the family in memory of Shirley Graham Boelt, please visit our flower store.