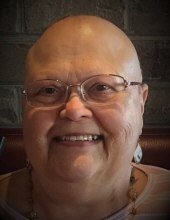 Susan Elaine Bird, 72, of Savannah, GA, formerly of Powhatan, VA, went to be with her Lord on Friday, March 5, 2021 after a year long battle with pneumonia. She was a three time breast cancer survivor. Sue was born in Newton, NJ. She was preceded in death by her parents, Ralph Watson Bird and Helen Gerard Bird, and brothers, Richard Clark Bird and Ralph Ronald Bird. She is survived by her children, Michelle Rapole (Todd Tribble) of Blackstone, VA; Jeff Rapole (Wendy) of Keysville, VA; Melissa Clayton (Joe) of Powhatan, VA; and Meggon Rapole (Josh Cahall) of Savannah, GA; grandchildren, Morgan Ownby, Ashdin Clayton, Zane Lyons, Alyssa Rapole, and Hunter Rapole; great granddaughter Blake Kemp; and many nieces and nephews. She grew up in Sandyston Township in Layton, NJ and a 1967 graduate of Newton High School. She was active in 4-H, raising and showing Angus and Jersey cattle as well as raising and training German Shepherds for The Seeing Eye Dog Foundation. After moving to Powhatan, VA in 1984, she expanded her love for animals by raising sheep, pigs, cattle and chickens. She was a volunteer 4-H leader to many children in Powhatan, a member of Providence Presbyterian Church and a passionate volunteer for the American Cancer Society’s Relay for Life in Powhatan. A graveside service and outdoor celebration of life will be held on Sunday, March 28, 2021 at 1:00PM at Providence Presbyterian Church 1950 Ridge Rd. Powhatan, VA 23139. In lieu of flowers, donations can be made in her memory to The American Cancer Society Relay For Life South of the James Attn: SK 5AKRGF P.O. Box 4110 Glen Allen, VA 23058 or Providence Presbyterian Church P.O. Box 417 Powhatan, VA 23139.
The family wishes to extend our sincere gratitude to all of her friends, caretakers, and medical professionals who cared for, loved, and supported her throughout her many years of battling health conditions.
To order memorial trees or send flowers to the family in memory of Susan Elaine Bird, please visit our flower store.