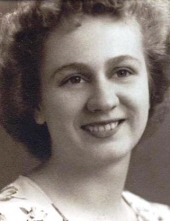 GANNON, Thelma Elisabeth, age 96, of Chesterfield, passed away November 26, 2021. She was preceded in death by her husband of 53 years, John Gannon, her son, Joseph Gannon, and her sister, Eleanor Lees. She is survived by her son, Thomas Gannon (Jean) of Powhatan, grandchildren Brian, Leslie Barton (William), Linda Garver (Seth), Kathryn, six great-grandchildren, nephew Lawrence Lees (Virginia) and niece Judith Lees. Thelma was born in Philadelphia and was the daughter of Harold and Anna McCabe. She grew up in Philadelphia and there began her career in banking. Thelma and John moved to Surf City, New Jersey, in 1962 where they raised their two sons. She continued her career with Beach Haven National Bank, rising to branch manager in 1979. After retirement in 1982, she and John resided in Fort Pierce, Florida. While in Fort Pierce, she returned to banking with Sun Trust Bank. Thelma enjoyed a quiet life in Florida, spending time with her family and her many friends and neighbors. She was an avid reader and a volunteer at the St. Lucie County Historical Museum. Thelma was a faithful Catholic and a member of Saint Helen's parish in Vero Beach. In order to be close to her Virginia family, she moved to Chesterfield in 2016. Her family is deeply grateful for the excellent and compassionate care she received at The Crossings of Bon Air, The Laurels at Bon Air, Morningside of Bellgrade and Lucy Corr. Thelma will always be remembered as a loving wife, mother, grandmother and great-grandmother. Her faith in God sustained her throughout her long life. She set a wonderful example, leading others to the faith. A Mass of Christian Burial will be celebrated January 5 at noon at St. John Neumann Catholic Church, 2480 Batterson Rd., Powhatan, VA. In lieu of flowers please make a memorial donation to The Central Association of the Miraculous Medal. (475 east Chelten Avenue, Philadelphia, PA, 19144). Interment will be in Holy Sepulchre Cemetery, Cheltenham, PA, at 11:00 AM on Monday April 4, 2022..
To order memorial trees or send flowers to the family in memory of Thelma Elisabeth Gannon, please visit our flower store.