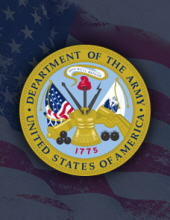 Thomas Spencer (Tom) Jones, Jr. of Powhatan, VA passed away peacefully on May 9. 2021, surrounded by his family. Tom was born in Asheville, NC to Thomas and Bess Hall Jones on December 13, 1934. Family homeplaces included Charlotte, NC and Richmond, VA where he met Maryanne Johnson. They were married August 10, 1963 in Virginia Beach, VA. Tom attended UNC for one year but decided during the Korean conflict to join the US Army. He was stationed in Germany for three years where he was assigned to work as a technician in a dental clinic. He took advantage of every leave opportunity to explore Europe, following his wanderlust. He returned to Richmond where he graduated from the University of Richmond, majoring in history. Upon graduation, Tom pursued a banking career and met Maryanne during a loan transaction. After their engagement, he followed her to the Florida cape, where the aerospace industry was in full swing. Over time, he transitioned from travel manager to manufacturer's representative for Martin Marietta, to which he was well suited given his thirst for knowledge. One of the companies he represented was Unimation, Inc. who pioneered the use of robotics in manufacturing. Tom listened intently and learned from everyone he met, remembering details about family members, workplaces and lives. This quality endeared him to everyone in his presence. Tom and Maryanne were founding members of a Presbyterian church in Atlanta, GA but they returned to her Methodist roots at Powhatan United Methodist Church. He is survived (after being preceded in death by his parents and his brother, Richard Hall Jones) by his wife, Maryanne, children Richard Woodland (Mervyn), Spencer Christian (Maria), and Frances Elizabeth Casey (Nathaniel), grandchildren Anna Maria, Spencer Christian, Isabella Grace Jones and Liam Spencer Casey, as well as nephew, Scott Jones and niece, Beth Omasta. Memorials may be made to the Free Clinic of Powhatan, 2320 Skaggs Rd., Powhatan VA 23139 or PUMC, 2253 Rosson Rd., Powhatan VA 23139. Online condolences can be made at bennettbardenfh.com.
To order memorial trees or send flowers to the family in memory of Thomas Spencer Jones, Jr., please visit our flower store.