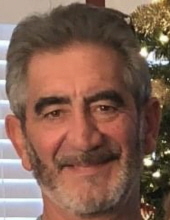 Val Joseph Silvis, 67, of Powhatan, VA was quickly and unexpectantly pulled from this world March 29, 2022. Born in New Bethlehem, PA., he moved to the Hampton Roads area of Virginia after graduating high school to attend The Apprentice School. He worked at the Newport News Shipyard before later taking a job with Phillip Morris. After over 30 years of employment at both the Williamsburg area and Richmond campuses, he retired as a Maintenance Supervisor in 2011.
Val was selfless and always willing to give a helping hand. He was extremely sociable and never met a stranger. He never failed to brighten the lives of those around him. His friends will remember his love for the outdoors as he was an avid hunter and fisherman. He touched countless lives and will be missed by a great many.
Val was preceded in death by his parents, Paul and Josephine Silvis, and brother, Stephen Silvis. He leaves behind his loving family; sister Vicki Heckman; brother Murray Silvis and wife Patty; three sons, Nicholas Silvis and wife Kathryn; Justin Silvis and wife Emily; and Jeremiah Silvis; and three grandchildren Madison, Jackson, and Elizabeth Silvis.
The family will receive friends on Tuesday, April 5, 2022, from 4pm to 6pm, with a memorial service to follow at 6pm at Bennett & Barden Funeral Home in Powhatan, Virginia. In lieu of flowers, the family requests that donations be made to the American Heart Association or your favorite wildlife association

To order memorial trees or send flowers to the family in memory of Val Joseph Silvis, please visit our flower store.